What is Cervical Cancer? 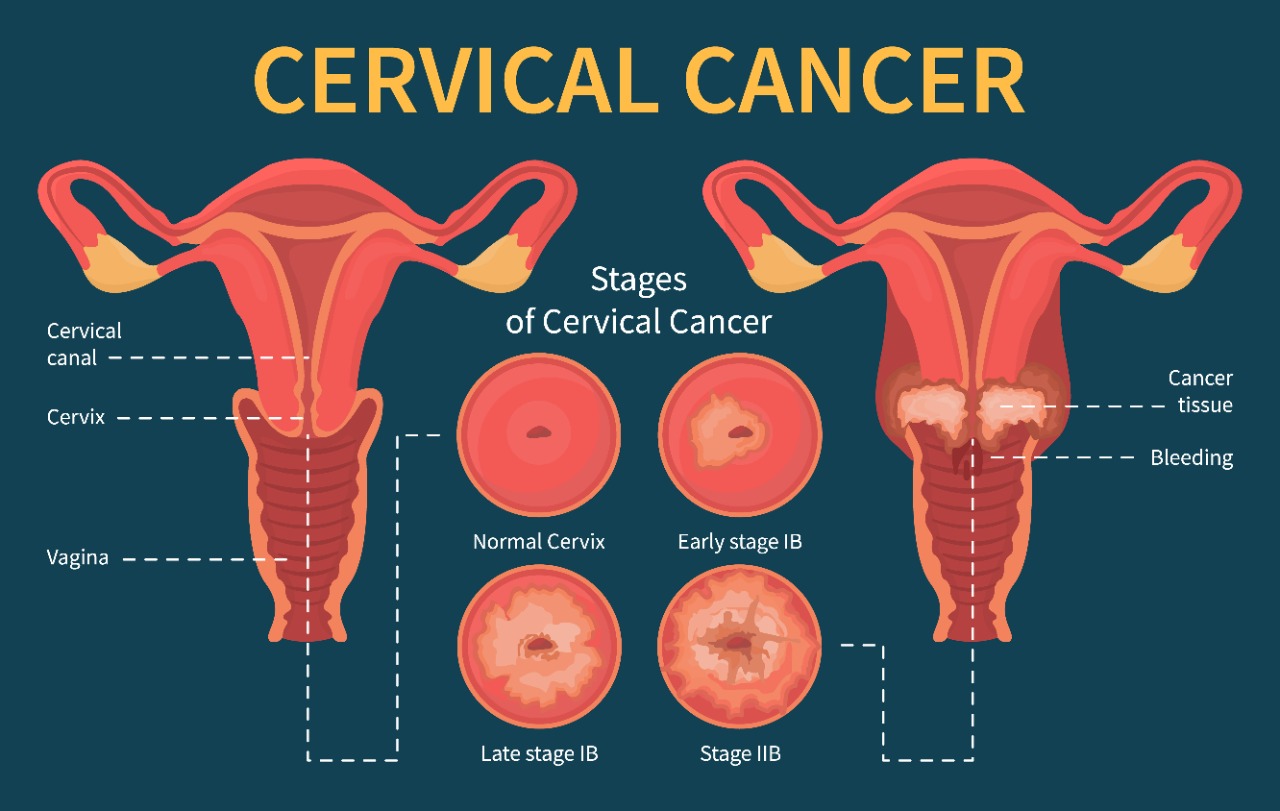 What is Cervical Cancer?

Cervical cancer is the second most prevalent kind of cancer. Human papillomavirus, or HPV, is thought by medical professionals to be the root cause of cervical cancer.

It has 4 phases, much like all cancers. It is exceedingly difficult to diagnose cancer without a doctor’s check in the initial stage since it only affects the cervix. Cancer begins to exhibit symptoms and spread to the uterus in the second stage. At this point, treatment is still an option. At this time, it’s critical to recognize cancer. Cancer spreads to the pelvic wall in the third stage, and it can also travel to the lungs and blood in the fourth stage.

What are the Symptoms of Cervical Cancer

One of the tumors whose risk of mortality grows with time is cervical cancer. As a result, every woman should be aware of its symptoms and preventative strategies.

You shouldn’t bleed during sex unless it’s your first time having it or your first time after giving birth. It is harmful and necessitates prompt medical treatment if there is vaginal bleeding following intercourse that is not a menstruation.

A very crucial symptom of this cancer is bleeding in between periods or bleeding that resembles menstrual bleeding after menopause. Get a Pap smear test done and don’t overlook the problem.

Weight loss brings delight to many individuals, but if you are not attempting any new exercises or diets and you are dropping more than a pound each week, it may be cause for concern. You should get a complete physical performed so that any ailment may be caught early on.

It may be an indication of cancer if you experience chronic stomach or abdominal pain, burning or pain when urinating, changes in vaginal discharge, or a bad smell. Do not wait to seek medical care if any of these symptoms appear.

If detected early enough, pre-cancerous lesions and tumors can also be treated, as can cervical cancer.